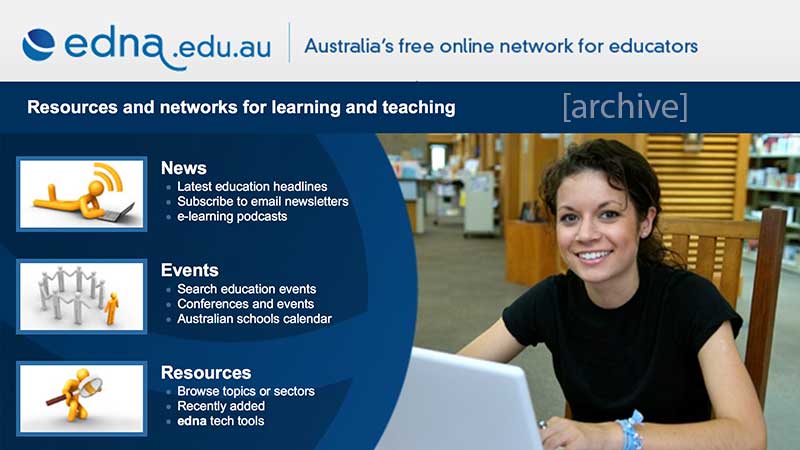 Education Network Australia (edna) was a pioneering joint initiative of the State and Territory governments and the Australian Government, through their education departments, to provide free news, resources, networks and online tools for educators.

edna Groups included one of the earliest and largest Moodle installations with 20,000 members. 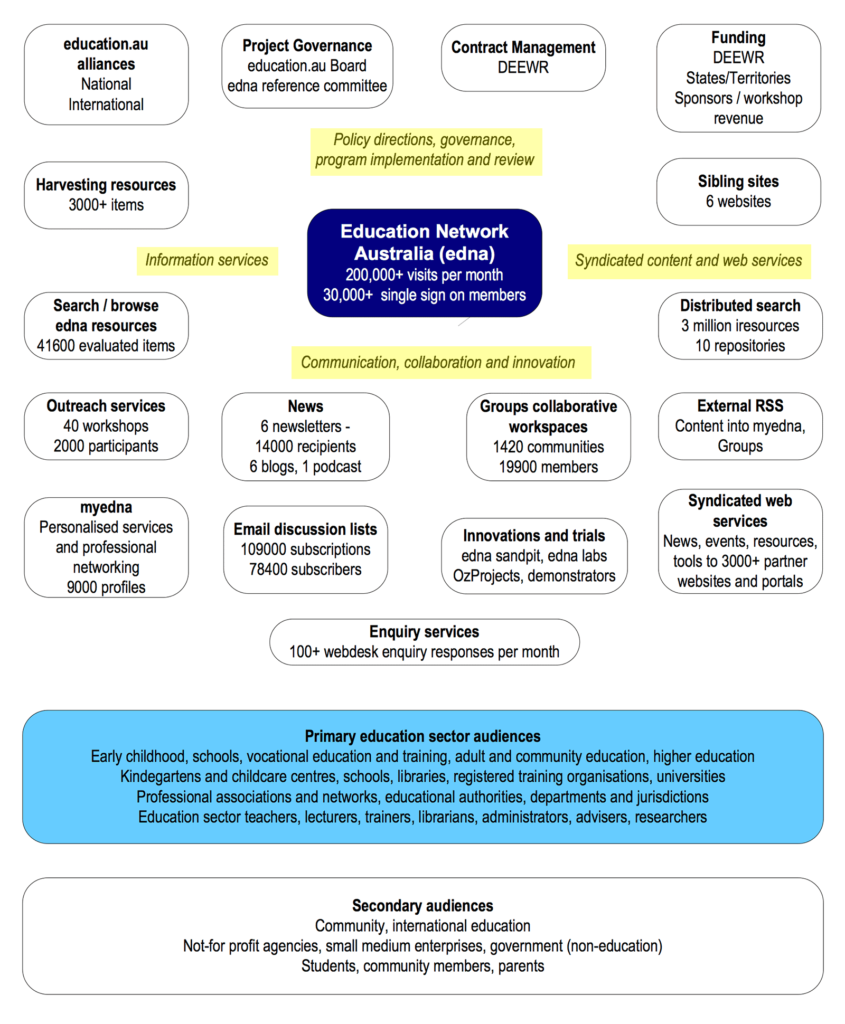 After 2 years of COVID delays and setbacks, World Indigenous Peoples' Conference on Education is back on track for 26-30 September 2022, Adelaide Australia http://www.WIPCE2022.net

SAAETCC and Tauondi Aboriginal College are excited to host the largest and most diverse Indigenous education forum across the globe on the lands of the Kaurna Nation. https://twitter.com/wipce2022/status/1508588237547180037